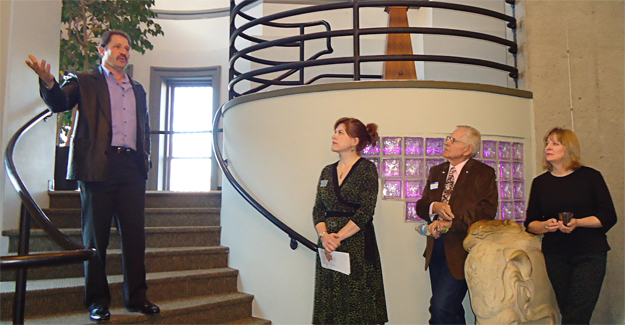 Founded in June 2008 by a committed group of public officials, attorneys, journalists and professors, the Montana Innocence Project (MTIP) is a statewide nonprofit organization dedicated to exonerating the innocent and preventing wrongful convictions. We provide charitable legal and investigative assistance to Montana prisoners who pass our rigorous screening. While physical evidence such as DNA is used to advance many claims, MTIP also accepts cases where DNA evidence is not available. In addition to MTIP’s casework, we also advocate for public policy reforms that will prevent wrongful convictions and work to educate Montanans across the state.

Our small staff and dedicated volunteers screen, investigate and litigate innocence claims through the Innocence Clinic we operate in affiliation with the University of Montana School of Law and School of Journalism. Through this interdisciplinary clinic, law, journalism, paralegal and criminology students assist our casework while gaining hands-on training, a wide range of skills, and a strong understanding of our justice system.

These efforts are possible thanks to major support from the Angora Ridge Foundation and the U.S. Department of Justice, as well as the Ila B. Dousman Fund, the Montana Justice Foundation and many individuals across the state. As a 501c3 nonprofit public charity organization, we welcome and rely upon tax-deductible donations to fund our work.

MTIP is a member of the international Innocence Network and our efforts in Montana build upon those of other successful Innocence Projects operating nationwide. The original Innocence Project, based in New York and affiliated with the Cardozo School of Law at Yeshiva University, was founded in 1992 by Peter Neufeld and Barry Scheck.

Over the last 20 years, Innocence Projects have used DNA evidence to help exonerate nearly 300 innocent Americans nationwide. Of these exonerees, 17 were released not just from prison but from death row, and the average length of prison time served was 12 years. While exonerations based upon DNA evidence have garnered ample attention in the national media, DNA is simply not available in many cases and hundreds of other Americans have been freed thanks to other forms of evidence dug up and steadfastly pursued by advocates for the wrongly convicted.