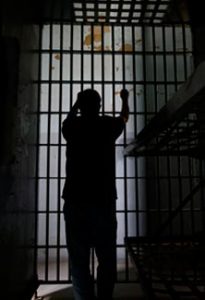 The fact that there is strong community sentiment that Barry Beach is innocent of this crime is not “evidence” that can be considered in the criminal justice system. However, in a small community like Poplar where everyone knows everyone else, it adds weight to the credibility of the case for Barry Beach’s innocence.

Citizens throughout Poplar, MT believe Barry Beach to be innocent and have provided supporting testimony. The former two-term mayor of Poplar, Dallas O’Connor has testified to the wide sentiment in his community that Barry Beach is innocent.

Across the state, supporters of justice for Barry Beach and for the people of the Fort Peck Indian Reservation include current and former elected officials, business men and women, professionals and folks from all walks of life.

Several persons from Poplar testified before the Board of Pardons and Parole to their knowledge of who was involved in the murder of Kim Nees. It is widely known throughout Poplar that Kim Nees was actually killed by a group of local girls who lured her to an isolated riverside park to party. Over the years, these women have made numerous incriminating statements to friends and relatives. Some of these statements were overheard by others who were simply within earshot. Many of these current and former residents of Poplar have now come forward, at great risk of harm to themselves, and testified under oath about the incriminating statements these girls have made to them over the years about the Nees murder.

The TV show Dateline NBC has selected this case as worthy of their development and airing. The unprecedented two hour special aired on April 4, 2008 concerning Barry Beach’s plight. This show may be viewed on this website or copies of the DVD may be obtained by contacting Montanans For Justice.