Mishandled Evidence Should Have Prompted a Mistrial 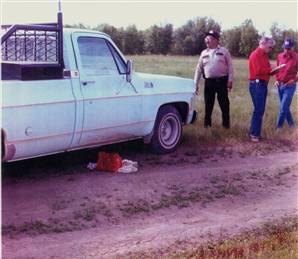 The victim’s sweater was found neatly folded by the truck. A hair was collected from the sweater. Then state crime lab director, Arnold Melnikoff, reported in his analysis that the hair “had characteristics consistent with the defendant (Barry Beach),” a conclusion which was not particularly narrowing of the general population. Further, Arnold Melnikoff was later found by the states of Montana and Washington to be incompetent in the area of forensic hair analysis.

Before the trial, it was brought to light that the night after the evidence had been collected, a Poplar police officer* broke into the evidence room, forcibly removing a padlock from the door of a judge’s chambers where evidence was temporarily stored, despite the posting of a sign forbidding entry. The officer claims he broke into the room to use the bathroom.

The hair evidence was therefore inadmissible due to this breach in the chain of custody. Nonetheless, Prosecutor Marc Racicot told the jury in his opening statement that there was physical evidence that was “in fact, the defendant’s,” a statement not at all supported by the hair analysis that only concluded that the hair had characteristics consistent with the defendant. Mr. Racicot twice again improperly referenced this claimed evidence in cross-examination and in his closing statements. The defense failed to move for a mistrial as did the judge fail to rule a mistrial on his own authority though the jury received instructions to discount this statement. This hair was sought by Centurion Ministries for DNA testing. However, the hair sample cannot be located. No record of its disposal exists.

* The police officer who broke into the evidence room is the father of one of four girls who have been implicated in the murder by hearsay testimony and secondhand confessions.